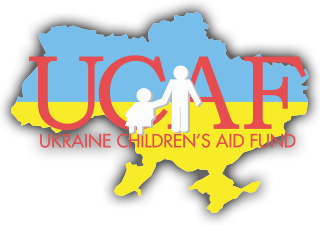 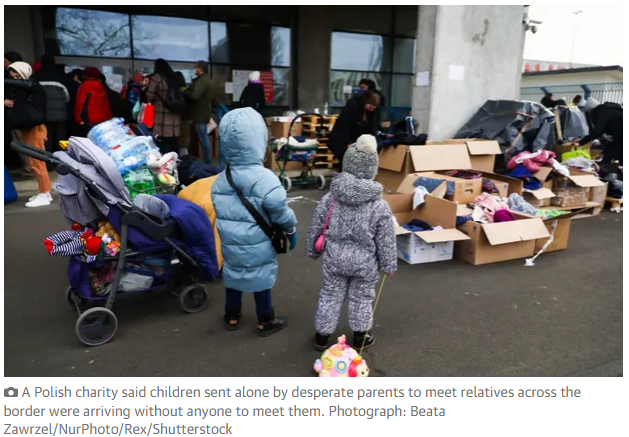 Children are going missing and cases of human trafficking are being reported by aid groups and volunteers along Ukraine’s borders amid the chaos of the refugee crisis triggered by the Russian invasion.

Karolina Wierzbińska a coordinator from Homo Faber, a human rights organisation based in Lublin, Poland, said the charity had seen cases of children being sent alone by desperate parents to meet relatives or friends across the Ukrainian border and arriving without anyone to meet them.

“This is obviously extremely distressing for a child and can lead to them wandering around the station alone, disoriented and in the worst-case scenario, disappearing altogether. This, unfortunately, is not a hypothetical case – it has happened already,” she said. “We are also already getting reports of cases of human trafficking and women being offered work in Poland only to find the workplace is illegitimate, the employer is mistreating them, refusing to pay their salary on time. There are cases of extortion of personal documents or money.”

Homo Faber has been working at all four border crossing points to mitigate the risks and has set up a 24-hour helpline, operated by Ukrainian speaking volunteers trained to support women and children crossing the border.

“We feel strongly that information should reach women before they cross into Poland,” Wierzbińska said. “These are people dealing with serious trauma. The amount of conflicting information, decisions to be made – the sheer volume of stimuli can lead to a cognitive overload. The sooner they are made aware of the situation awaiting them in Poland, the more time they have to process it.”

Wierzbińska said it was impossible to vet every person offering to drive refugees to friends or family before they picked people up.

“I would guess that 90% of those men were well-meaning people offering genuine help. Nevertheless, the situation itself was extremely chaotic, potentially frightening for anyone, let alone a person already in distress. We cannot rule out that a fraction of the people in the crowd were simply criminals, waiting to take advantage of vulnerable women,” she said.

Polish border guards have been helping to distribute the organisation’s leaflets, which detail how to keep personal documents safe, how to prepare for travelling through busy train stations with children and what to do if someone offers you a ride but changes the destination during the journey.

At the Slovakian border crossing in Vyšné Nemecké, volunteers said, in theory, people offering refugees lifts must present their ID and car number plates on arrival before being permitted to take anyone from the border. In reality, this was impossible to do in every case.

“The risk of trafficking is considerable, as the refugees, exhausted and deprived of any basic comfort, are, with every new day on the road, more and more vulnerable. We believe traffickers and recruiters are most probably targeting both women travelling alone and women travelling with children,” she said.

At a temporary camp for refugees near the border, run by Slovakian authorities, camp manager Sergej Savin said that they did not allow ad hoc transportation of people from the site. He added that there had been people who had turned up offering rides. “In some cases, it was not good. For example, there was a man, he wanted only one woman and four children. I told him to go. We cannot do this like that,” he said.

On Tuesday, due to concerns around human trafficking, the Polish government introduced amendments to a newly passed bill, which outlines Poland’s responses to the refugee crisis, Polish Press Agency reported. The amendment raised the minimum sentence for human trafficking from three to 10 years, and the maximum prison sentence for sex trafficking of children from 10 to 25 years.

Poland’s deputy interior minister, Maciej Wąsik, said: “We want to send a clear message to the criminals who are trying to exploit the tragedies of the refugees.”

Unicef, the UN children’s agency, said that while the Polish government’s decision to open the border so completely to Ukrainian refugees was to be applauded, “it does present challenges” in terms of child protection.

Usually the UN would register refugees at the border and identify vulnerable people such as unaccompanied children. “Now, obviously, because of the sheer scale of the numbers who are coming over, and the fact that the borders are effectively just open, this isn’t happening, which makes it incredibly difficult to identify children who are unaccompanied and separated,” said Joe English, a Unicef spokesperson. He said that the agency was setting up a system of ‘blue dot’ safe spaces for children in seven countries receiving refugees.